Poppy and I and the open road.

I want to go to the outback again. Where the Beauty and the ruggedness give us such wonderful sights.

I just love the feel of the word Ticonderoga. It just rolls off the tongue like the best yellow box honey.

I was researching post-colonial history in Victoria and came across the word as the name of a ship which changed the way the Victorian authorities dealt with quarantine in the booming city of Melbourne in the 1850’s.

I looked up the history of the word and discovered it was an Indigenous word from North America and it referred to a region, a very beautiful and historically important region in the state of New York. It was important strategically in the Revolutionary Wars. But it was an important part of the country to the local Indigenous peoples as homelands and trade routes long before Europeans arrived. It sits on Lake George where it meets Lake Campion, which means it was highly likely to have been a place of great gatherings and prosperity during those thousands of years before Europeans landed.

But Ticonderoga the ship was likely taken from Fort Ticonderoga which was hugely important in the war against the English in the middle of the eighteenth century.

When the Ticonderoga sailed into Port Phillip Bay on the 3rd of November 1852, flying the yellow flag to indicate death on board, it became the first ship to be sent to new quarantine facilities at Port Nepean.

Health authorities had been calling for a move away from the quarantine facilities in metropolitan Melbourne. Overcrowding and absconding were rampant.

The Ticonderoga was overcrowded. The urgency of the authorities to remove the population from the highlands of Scotland had overtaken humanitarian concerns like overcrowding and numbers of children per family allowed to travel.

It had already been badly retrofitted to take the extra passengers and it was poorly done and horribly overcrowded. The Voyage

So the health authorities got their way and the Ticonderoga was diverted to Port Nepean. But there were no facilities there. The passengers many with sick children were required to make their own accommodation – tents from the ship sails.

Food had to be hastily sourced from local suppliers. It was a good thing it was November although the highlanders would have been used to the wild blustery winds that blew off the ocean.

The Ticonderoga was quickly followed by more ships each one with its passenger lists of impoverished and dispossessed Scottish Highlanders. In the end 182 people mostly children died of Typhus on board the Ticonderoga.

Each ship one adding to the little cemetery that was built at Port Nepean. The fourth ship The Allison carried the Campbells which is my family. Five children and my 4 time great grand parents. All survived and they made a home for themselves in central Victoria.

In the end, there was such an uproar about the deaths and overcrowding the British authorities had to tighten their immigration laws to prevent this happening again. They had only been relaxed to accommodate the Scottish highlanders.

For those that survived they became part of a vibrant cultural experiment. They could send their children to schools they built, pray in churches they built and be part of a society they built. Things not available to them in the place they had come from. 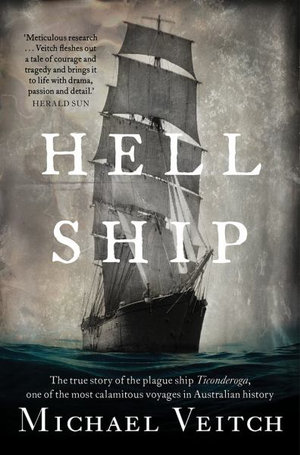 It was getting late and I had not booked anywhere to stay. So I getting a bit desperate for somewhere to stay the night when I found the beautiful little town of Tumby Bay. The caravan park was right on the ocean. From there you could walk into town along a coastal path pointing out the important flora and fauna of the area.

It was a really great place to stay. The caravan park was wonderful. The park kitchen was right on the beach. I stayed an extra night and regret I didn’t stay longer. Get in touch with the caravan park at

The sea lions at Point Labatt are the only known colony of sea lions on the Australian mainland. The road there is a pretty decent gravel road through some great scenery.

As you standing on a platform 50 metres above the sea lions they look pretty small but it was great to see one Mum and baby exit the water and climb up on the beach.

Before getting to Point Labatt I had driven for ages without seeing another living soul. On my way I stopped at this beach which the pictures do not do it justice. The beach went on forever and the crystal clear waters lapped the white, white sand. It was amazing.

I spent one night in Streaky Bay and although it is a very beautiful spot it was pretty crowded. I grew up on a farm adjacent to the Port Campbell National Park and have lived for 30 odd years on the Central Coast of NSW, so I am pretty difficult to please when it comes to coastal scenery.

I only stayed the night and the next morning headed out in the hope of seeing something less crowded. I ended up at Sceale Bay where I was the only one on the beach except for a banjo shark which had beached itself. I gave it a bit of an assist back into the water and it swam off.

It was a very beautiful place. The bays are characterised by long, long beaches with fine white sand and a great deal of seaweed.

I then headed off to see the sea lions at Point Labatt.

I had visited Burra before so I was impressed with my second visit. The last time it was very dry and hot. But the caravan park at Burra is a delight and the people are super friendly. The town is really welcoming and made me and Poppy feel right at home.

It is also a great place to see some unique architecture and historical sites.

When Burra was first established in the 1840’s, my 3 times great grandfather drove a coach to Burra. Worthy Nicholls helped miners get to Burra. He was a wonderfully eccentric character and some of his competition was not happy with his socialist beliefs. He suffered more than one beating at their hands.

By chance I stayed at this little unstaffed camp site at Walpeup. Maintained beautifully by Mildura Local Government.

I took Poppy for a walk and found this beautiful garden in memorial to the pioneers.